About Town with Martha O’Hayer and Nicole Marzo 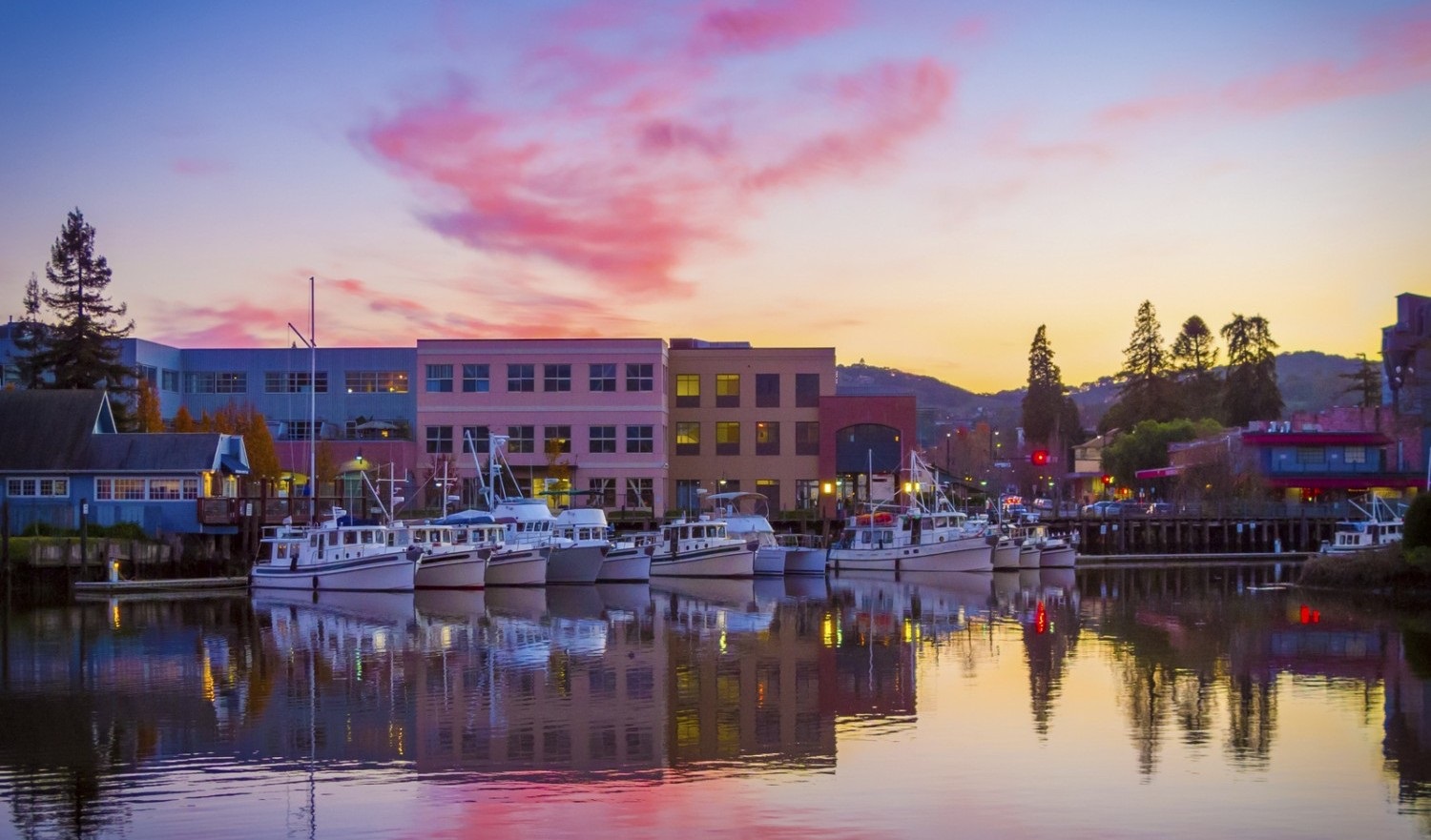 Petaluma: About Town with Martha O’Hayer and Nicole Marzo

Petaluma, nestled about 35 miles north of San Francisco, possesses all of the expected charms of a historic Sonoma County farm town: a picturesque main street in downtown anchored by Victorian-era buildings and period homes dating back to the mid 1850s when Petaluma was founded, amazingly untouched by the 1906 earthquake and fire. In 1907, the agriculturally and viticulturally minded town became known as a “City of a Million Hens,” a moniker that paid tribute to the year Petaluma turned out than 120 million eggs that year. (It was also where the egg incubator was invented). Today, it is an incubator for culinary delights, ranging from artisan cheeses found at renowned Cowgirl Creamery to craft beers at Lagunitas Brewing Company and Hen House Brewers among others.

San Francisco transplants are often enamored with its slower pace of life and scenic setting along the Petaluma River with good schools, parks, restaurants, antique stores, music venues and a sense of rootedness in the community. Martha O’Hayer is one of those people. Loquacious, friendly and informative, O’Hayer easily found her place here among the 59,000 or so residents. After living in San Francisco for 20 years, she moved to Petaluma in 2000, drawn into its promise of community “with all the amenities of a big city with the feel of small town,” she says, before adding. “I wanted a garage and a yard.”

Her 15 years of working in marketing and advertising (she was director of partner marketing and promotions for eHow.com) prepared her well for her current role. Today, she wears two hats for the city: she serves as Petaluma Visitors Center and a Sonoma County Tourism Ambassador, and is one of the town’s leading real estate agents. O’Hayer — who recently joined forces with Nicole Marzo, a fourth generation Petaluman whose family business, Lace House Linen, has been operating in town for over 100 years — has made it her mission to be on a first-name basis with many of the town’s residents.

“Both Nicole and I are avid walkers,” explains O’Hayer, who works out of Coldwell Banker Residential Brokerage’s First Street office in Petaluma. “You’d be surprised how much work gets done just walking about! The people we see and interact with are our friends and clients.“

If anyone can unlock the secrets of this historic hamlet, it’s these two real estate talents.

See:  Historic downtown “is a must see,” proclaims O’Hayer. “Founded in 1858, Petaluma is teeming with iron front buildings from the 1880s. Nearby Victorian homes snuggle right to the edge of downtown, creating a very relaxed and easygoing atmosphere for strolling the shops and antique stores, art galleries and many highly rated restaurants.”  She also recommends stops at Petaluma Adobe State Park — the site of Gen. Mariano Vallejo’s Adobe and Ranch, settled in 1834 — and Lagunitas Brewing Co., Taproom and Beer Garden — a homegrown production facility brewing craft beers and ranking in the top ten of craft brewers in the country. “There are free daily tours of this amazing facility, including plenty of free beer samples,” she says, before adding that the daily music and ongoing music festival “Live at Lagunitas” in the beer garden’s mini amphitheater often features up-and-coming acts from around the country.

Do: Without hesitation, Marzo’s answer is: biking riding. “All of the old country roads run into each other, which can make for long, luxurious bike rides with beautiful scenery,” she says. “Along the way, riders can stop and eat beautiful cheeses at Marin Cheese Company and Point Reyes Cheese Company, drink wine at Kastania Winery or buy fresh vegetables at Green String Farms.” Some of her favorite annual events include the The Sonoma Marin Fair in June, the Petaluma Music Festival in August, Lagunitas Beer Circus, Butter and Egg Days Parade in April, the Antique Faire (twice a year) and the Petaluma Educational Foundation BASH. “All of these tie to our wonderful agriculture roots and outdoor living,” Nicole says. Music lovers will have their fill at the Mystic Theatre in downtown Petaluma. And, for shopping, both O’Hayer and Marzo recommend ILeoni for Bridal and Houseware, as well as Ethical Clothing, Jess Brown, Robindra Unsworth, OooLaLoft, Stink and Nan Winters for clothing. For Petaluma gifts, there’s B Street Mercantile and Rex Hardware.

Eat: O’Hayer and Marzo have so many favorite restaurants that they offer Petaluma’s “Best Hits” list: Cucina Paradiso, Mi Pueblo, Della Fattoria Cafe, Ray’s Deli and Tavern, Gohan Japanese Restaurant, Beyond The Glory, Simmer Vietnamese Kitchen. For those who need a daily shot of caffeine, Acre Coffee has two busy and wonderful locations in town. Adds Marzo: “Their pastries are also imaginative and yummy.” Wherever you decide to eat or drink, you must not leave Petaluma without trying the local meatballs. “The New Yorker, Rosso, Sugo, Wild Goat and Risi Bisi all have delicious meatballs on their menus,” she says. “One of the best things about living in Petaluma is the extensive sustainable food scene,” Marzo adds. “Farmers market Tuesday at Lucchesi offers beautiful fresh vegetables, and BBQ chickens and many other local purveyors. Local food companies include Clover Stonetta Farms, Cowgirl Creamery, Three Twins Ice Cream, Point Reyes Blue Cheese, Thistle Meats, Lala’s Urban Farmstand, Green String, Palace of Fruit and many more.”

Live: When it comes to real estate, O’Hayer knows all of the hidden nooks and crannies of Petaluma. Hidden gems can be found in a newly named “midtown” area of Petaluma. “Tucked in between Highways 101 and 116, nearby the SMART (Sonoma Marin Area Transit) stop and close to downtown, this stock of bungalows and homes with second units is an area still gentrifying,” she says. “Homes are still under $600,000 and are a relative bargain compared to other areas of town.”

Of course, coveted historic properties and landmark residences pepper the entire town — like the 1923 Spanish Revival by renowned Bay Area architect Albert Farr on Eighth Street. Gorgeously updated over past ten years the spacious residence “blends old and new with a grand tiled hallway leading to formal living and dining rooms, four bedrooms and custom touches throughout,” says O’Hayer of the prized property.

The best part? “The views of the flower-filled patio and pool area.” All of it — the dreamy architecture, the river and the iron-front buildings on First Street — reminds potential buyers of a bygone era, of California’s rich and not-so-distant past when life was simple and oh-so-good.